Spacebase Startopia Release Date was Announced for Late 2021, Made by Dungeons Developers

The original Startopia Game was a wonderfully weird, but also deep space station simulation in the tradition of Dungeon Keeper, Theme Hospital, and similar Bullfrog simulations. Kalypso Media brings in 2020 a remake of the wonderful space station simulation Startopia, made by the developers of Dungeons. Here comes probably a highlight for us that could make it on the list of the best strategy games in 2020.

In the meantime, Spacebase Startopia was released in an early beta, where there are already 4 levels, a very limited skirmish- / sandbox variant, and a limited multiplayer mode. However, during these beta tests, some problems were found, which led to the release date being postponed to spring 2021. I have already played through all available content several times and summarized some of my experiences in a Spacebase Startopia Beta Preview.

Table of Contents – Spacebase Startopia – Remake of the Startopia classic

About the Original Startopia:

Startopia is a real-time strategy business sim mix on a space station that has been seasoned with coarse humor. It appeared in 2001 and was developed by Mucky Foot. Behind this name hid some of the leading employees of former Bullfrog, who had become known with titles like Theme Hospital, Dungeon Keeper, and similar funny yet profound simulation games.

In Startopia you were the administrator (manager) of an abandoned space station. Assisted by an ironically voiced AI called VAL, one had to build facilities in a build-up strategy part so that the extraterrestrials traveling by could feel comfortable on the station and spend money.

The workers had to be recruited from these very travelers, and many small details had to be considered. The space station has three levels, a working level, an amusement deck, and a bio-deck on which food and resources were grown in different climates.

And since the only building was perhaps not enough, in more difficult missions more plots were given to other administrators, and you had to compete with them, or actively fight for dominance on the station. And here a real-time strategy component came into play.

The wonderfully crazy humor of the game combined with deep strategy and sophisticated business simulation provided at least tome a long-lasting motivation. Altogether, I played through Startopia at least 3 or 4 times. And later on, I also picked it up again and again, because it has aged surprisingly well and still works on today’s PC and doesn’t look sooo old at all.

If you like to watch gameplay from the original Startopia, I recommend my Let’s Play Startopia series:
Forums collecting thread: https://zapzockt.de/forums/thema/startopia-deutsch-lets-play-serie/

Spacebase Startopia is developed by Realmforge Studios, the creators of Dungeons 1-3, which is an homage to the Dungeon Keeper series. So here comes a studio that has already been very intensively involved with the way of Bullfrog / Mucky Foot games. I hope this experience will lead them to stay as close as possible to the original and to bring the number of features that this game had in it into the new game.

A 10 missions campaign has been announced in the meantime, pirates who can attack the station and the battles between the administrators will be there again. Up to 4 players will be able to compete in multiplayer with each other as well as against each other and also a sandbox system is included.

At least the KI VAL will be on board the space station again, as you can see in a first render trailer for GamesCom 2019: 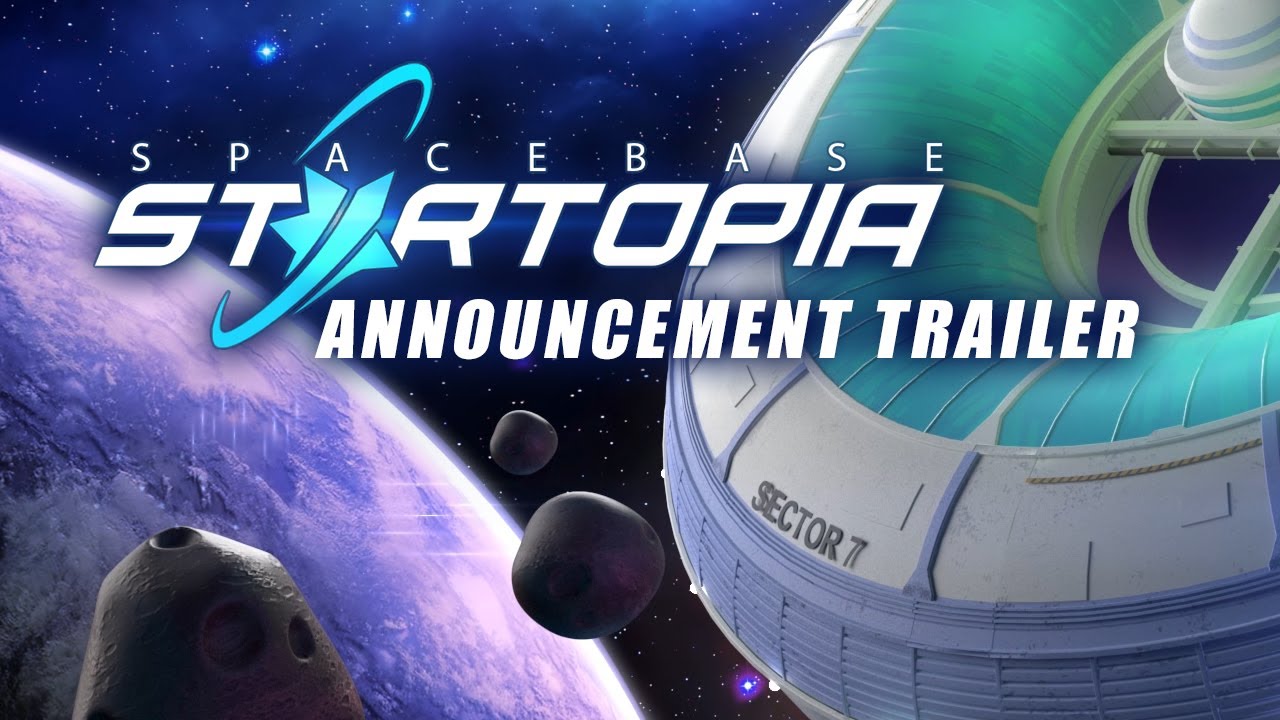 Space Startopia will be released for PC, MAC, the XBOX, PS4, and Nintendo Switch consoles. The release date is set for the third quarter of 2020.

As a lover of Startopia, I will keep a close eye on this title and tell you all the details about the game. And hopefully soon from the game itself.

A lot of detailed games news and information about games and gaming can always be found here at ZapZockt.de

There are also many game reviews that might interest you, and if you don’t want to miss anything, subscribe to the newsletter. As a Google News reader, you can also go there and read the latest articles.

Advertising / Affiliate Link
Games can often be bought cheaper. You can do this legally, reliably, and safely at my partner site Gamesplanet. This game, all DLCs, many more RPG, tactic, and strategy games, or a lot of titles from other genres are available there and almost always much cheaper than at Steam, Uplay, Epic, or other shops.

For every purchase, via this link, I receive a small commission. So you get games cheaper and at the same time support my work, my thanks in advance for that.